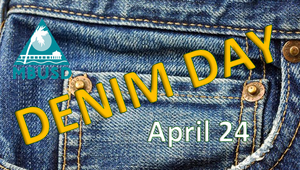 On Wednesday, April 24, 2019, Mira Costa High School, along with many other schools worldwide, will participate in Denim Day. Celebrating its 20th anniversary this year, Denim Day is a movement that was created in protest of an Italian Supreme Court ruling in which a rape conviction was overturned because the victim was wearing jeans, implying that she consented merely because of the clothing she was wearing. By wearing jeans on Denim Day, one stands against erroneous and destructive attitudes about sexual harassment, abuse, assault and rape. At the April 17 Board Meeting, the Board of Trustees adopted Resolution 2019-12, declaring April as “Sexual Assault Awareness Month” and April 24, 2019 as “Denim Day” in Manhattan Beach USD.